Why are men scared of Marriage? Here’s the Answer! 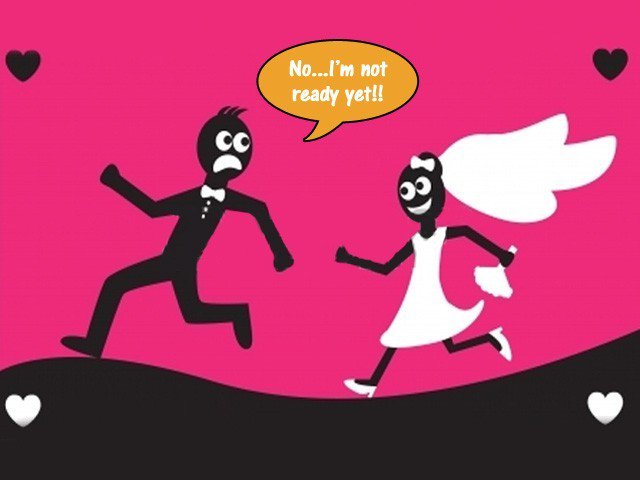 Some of us grew up dreaming of The Perfect Wedding. Parading around in our mother’s slips as a wedding dress, with a pillowcase as a veil. Unfortunately, society hasn’t been so kind to that dream. Children of divorce are forced to grow up amidst conflicting opinions from both sides of a failed marriage. It hasn’t exactly made for a pleasant view on marriage for the girls, but it hasn’t been a picnic for the guys either. As adults, most of us are still holding onto that hope that one day, we might have a wonderful marriage. Women are mostly on board, but why are men scared of marriage? 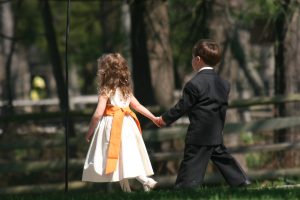 Why are men scared of marriage? – Divorce Rates Are Higher Than Ever

There are various reports that have conflicting ideas. Some state that the divorce rate is still slowly climbing. Others have on good authority that the number of divorces is actually decreasing. Regardless of which one is truly accurate, it doesn’t change the fact that guys aren’t exactly rushing to bend a knee and pop the question. They are content to keep swimming through life without a mate alongside them. Actually, what is happening is that marriages are happening later in life. That way, the career, life, and goals are already sorted and figured out. This isn’t necessarily a bad thing. If we get married in our twenties or thirties, we’re much more mature than perhaps our foolhardy grandparents were when they married at seventeen. We know exactly what we want. So if he hasn’t been keen on discussing a long term future with you, don’t start worrying yet. If you want advice on how to keep the spark alive in your relationship, hit up your local dating coach. I am always here for you!

Why are men scared of marriage? – Fear of Missing Out on the “Single Life”

Urban Dictionary explains “FOMO” as being “a state of mental or emotional strain caused by the fear of missing out.” This is a real thing. Imagine if you decided to stay home on a Friday night, but then saw your friends getting ready in their Snapchat stories, and getting down in the club on their Instagram stories. How would you feel? Maybe you’d feel glad you didn’t have to put all that effort into acquiring a hangover for the better part of the next day. But maybe you start doubting yourself for wanting to stay home in the first place. You begin telling yourself that having a few drinks in the city with your girls sounds way better than watching ‘Ever After’ alone with your pet rabbit. It’s the same thing! Guys measure up their relationships to others in their circle. Did Nate just dump his girlfriend? Is Brad cheating on his new girl? If none of his close friends have put a ring on it, the chances that he will are slim to none. Even though your man is far from single, he isn’t married. In his mind, he still has more freedom than he would if he decided to make an honest woman out of you. Don’t put him down about it, or get impatient if your relationship hasn’t been moving forward in the way you want. Think about all the good things you have together, and have done. Don’t be so focused on the future! Enjoy the present you have with the person you are sharing life with.

Why are men scared of marriage? – The Draw of the Bachelor Life

Similar to the former one, but a little different. As young girls, we cradled baby dolls, played house with our dolls, had tea parties, and played pretend with our friends as we put together grand weddings. Guys on the other hand, grew up a little differently. Army men, toy dinosaurs, Legos, and Hot Wheels were their preference. They liked expanding their worlds, blowing things up, and terrorizing Barbie with monsters. Yeah, they knew mommy and daddy loved each other. But they weren’t interested in how or why that happened. If you want to learn about some subtle ways to begin talking to your man about your future, speak with your dating coach. He won’t even know what’s coming!

Why are men scared of marriage? – Everybody’s Got A Price

Have you heard about that one rule that an engagement ring should equal three months’ salary? While that rule is becoming a little old-fashioned, the truth still remains that diamond rings are expensive. Guys are left to decide on what rock is gonna look best on their girl, and what does the girl do? We aren’t expected to buy them a ring! It’s a lot of financial pressure put on the guy. So don’t put any extra pressure on him if he isn’t in a place to spend that sort of money yet. If he isn’t ready to deal with that yet, he might just wait until he gets a raise or changes departments in his job so he could get a bonus. If you think your man is beginning to make some career changes, ask your dating coach about whether that could mean what you think it means.

Why are men scared of marriage? – Game Over 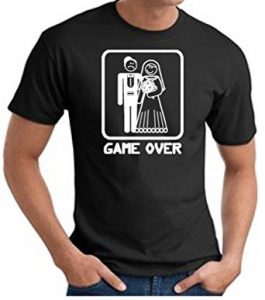 Have you seen the t-shirts of a cartoon bride and groom, with the caption “Game Over”? That’s how a lot of us may feel on that special day. It’s not just guys! Just imagine: You’re never going to go on a date with anyone else. You will never have a kiss from another person. You’ll never feel the thrill of going home with anybody else. It’s you and him, until death do you part. Of course, there are some exceptions. Perhaps you want a polyamorous relationship, or want to bring in a little extra company to add to your bedtime ritual. But the fact still remains, you decided to link yourself to one person on paper. It’s a pretty scary step! But it’s also a wonderful one. As a dating coach who’s married, I can’t help but tell you how good it feels. Of course, no relationship is perfect. But that’s why communication will always be the highest priority for any relationship if you want it to work properly!

Men are not the only ones scared of marriage. It’s a valid fear! Spending your whole life with only one person? What if they don’t like the way you fold t-shirts? What if they don’t shower as often as you wished? What if they make fun of you for enjoying Vampire Diaries? That’s why you should be completely certain that it’s what you want. It’s one of the most important decisions you could make. So try to make sure it’s the right one!