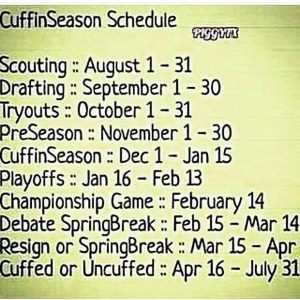 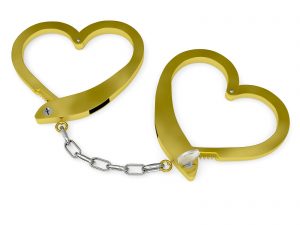 Depending on how hot your summer has been (talking about weather here), you could be relishing in the change of weather. However, that won’t last forever. Snowfalls, chilly mornings, tempting blankets and beds are all part of the winter season that is fast approaching us. As you settle into the change of season, you may experience a change of something else. Months that are smack dab in the middle of winter (December and January) are the loneliest ones. Going out is more of a chore, because why shouldn’t you just stay home with your hand safely planted inside a bag of chips whilst scrolling through Netflix? The thing is, you aren’t the only one to feel this way. Lots of people begin to take more comfort with being at home, even if they weren’t much of homebodies in the warmer days. And the longer you spend alone, the more lonely you could feel. Enter ‘Cuffing Season’, a term literally derived from being handcuffed to someone else. Spicy. A quick run-down on cuffing season shows that this refers to the post-Halloween dates and goes right up to/directly after February, according to Urban Dictionary. What this actually entails is that men (and women) feel particularly drawn to the idea of not being single anymore. They’ve had enough of the summer flings. They are ready to cosy down with a special someone around the fireplace. Does this sound like you? 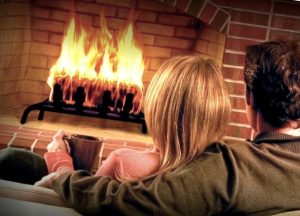 So, how does one pick up a cuffing’ cutie? In this day and age, it’s as easy as left swipe/right swipe. Take to the apps, and let your fingers do all the work. When you have a match, don’t scare her off by making strong advances. This means no dick pics, no fuckboy comments (“Awh, you’re taking a shower? Without me?”), no “drunk” texts,  and no empty expanses in the convo. If you’re not interested in her, that’s one thing. But why let the conversation die and only pick it up two days later if you actually dig her? When you’ve wooed her with your conversation, it’s on to the next step. 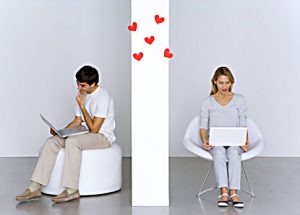 Take your girl out on a date. I know it’s a lot easier to just kick it at home with some Netflix, but trust me, plenty of that will come later. For now, get to know her in a nice setting with good food and good vibes. Make sure it’s a place with a working heater and maybe some delicious hot tea on the menu. It may be cold outside, but you don’t want that to affect the heat between you and your date. The ideal time to start taking her out is before Thanksgiving, however it is NOT to late. You need to make sure she’s the type of girl you can bring home to mom for the holidays. It’s good to figure out beforehand how laidback she would be at that sort of family function. So that means get your game on during the first week of November. Once you’ve discovered how well you vibe, latch that girl down. 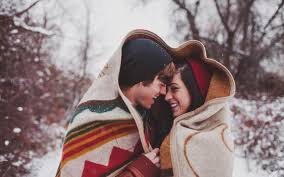 The thing about cuffing season is that it’s the time of the year when you are most likely to be around your parents, siblings, and the rest of your family. Much moreso than the rest of the year. If your new girl is feeling nervous about meeting the clan so early, talk to her about your family a little bit. If you explain that your dad’s usually quiet unless he watches the game, or that your brother has a really dark sense of humour, or that your cousin will probably rave on about her supposed “Instagram fame”, it can help her be less nervous. Knowing more information beforehand is always best in this scenario. That way, she won’t be so taken aback when your kid brother sidles up to her and casually divulges his collection of twisted jokes, or when your cousin assaults her with overly-edited “#NoFilter” selfies. Everybody’s family is different. That’s why it’s nice to have a couple tips when diving in. And vice versa. Don’t be afraid to ask questions about her family as well. Her father will probably be dying to meet who gets to meet up to his expectations this time. 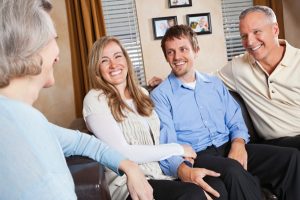 Finally, the finish line is in site. The snow begins to thaw, and the birds start to sing again. Cuffing season is coming to an end. You need to think about the person you’ve been so fond of over the holidays. Is she worth keeping around? Do you want to keep keeping her around? Take it one day at a time, but make sure you keep the line of communication open. If she begins to ask questions about where you “see this going”, don’t shut her out. Just be honest. But do it in a way that it’s not going to end up with your car getting keyed or her moving all her stuff in, if that’s not what you want. Relationships are delicate, and always evolving. You’d do well to keep tabs on your girl, but also keep tabs on your heart.