We know that routine of hot and cold. You’ve invested time and energy in a guy. Now, you’re looking to enjoy the payout of that. You are ready for a man who is loving, caring, responsive, and communicative. So, is He or isn’t He? This is 2016, and things aren’t exactly that easy anymore. Here are some ways to combat those men who aren’t so easy to read, and who run more cold than hot.

He Leaves You On ‘Read’

You send him a thoughtful message at the beginning of your day. Around lunch, you shoot him a meme you found funny. Later, you start asking how work was, how his day went. You know he’s reading the messages, his read receipt’s on. So what gives? It wasn’t that your message wasn’t particularly thrilling. He has his own life and his own priorities. And guess what? So do you. When a guy isn’t quick to respond, let him answer in his own time. Don’t push it, don’t demand reasons, and don’t stress. The odds are that he’s just swamped at work. Perhaps he’s catching up with his friends about a game they watched last night. Maybe he decided to binge a show he knew you wouldn’t be interested in, and zoned out. Whatever his reasoning, don’t sit around waiting for him. It’s great to have a man who loves you. But it’s even better to love yourself whether there’s a man around to enhance that or not. 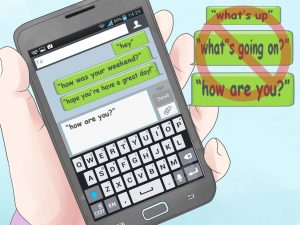 Not everyone gets excited about cancellations. Depending on how tired or social you’re feeling, cancelled plan could be the best thing in the world to your aching brain. But how about when it’s what you’ve been looking forward to for the past couple days? He knew you loved Harry Potter, and you spent the better part of the last month begging him to see Fantastic Beasts & Where to Find Them. Finally, he agreed. So now it’s opening night. You are all dressed up in cosy clothes, ready to hit the theatre and binge out on popcorn and Reese’s Pieces. But where’s the other person your extra online ticket was meant for? When he ditches plans last minute, it can be aggravating. The key is to take it in stride. Is it the end of the world? Can you still go see the movie by yourself and enjoy it? Is your best friend available to snag that extra ticket? You were going to buy two large popcorns anyways. Sharing is for losers. 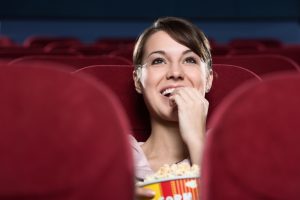 If it was going to be a fancy dinner, don’t let that good makeup go to waste. Go grab a drink with one of your girls. If you were going to go out on the town, why don’t you take yourself out? Treat yo self. You don’t need your man to be the only one who pampers you. 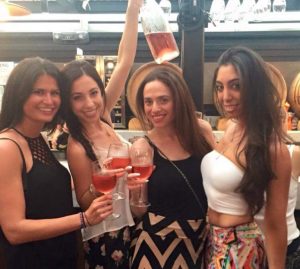 Ever start thinking about the future, and then try to figure out what part your guy is going to play? You start a harmless conversation about how the next few months/years will look like, and suddenly he shuts you out. Even if you’ve brought this up before, this can still be a sensitive subject for him. Many guys prefer to go with the flow, because they expect things to just eventually work out. How they treat relationships is no different. Odds are that they aren’t worried about the future aspect of the relationship, and there’s a chance they haven’t even thought of it. That’s not a reason for you to panic. This just means they haven’t processed that information yet. When you choose to bring the topic up, avoid an aggressive tone. You don’t have to make the future any scarier than it already is. Toss around ideas, and welcome him to share his thoughts. If he isn’t receptive, table it. It could be that he just needs time to contemplate his views on the subject.

He Talks and Shares Less

Depending on how long you have been together, this could mean many different things. If you haven’t been a couple for long, this could mean he is having second thoughts. If this is the case, it’s his loss. He couldn’t see a good thing in front of him. But if this is not the case, then just be patient. Perhaps he’s going through something he doesn’t want to share with you yet. Men can be quite proud, and they continuously want to remind others about how strong they are. If there’s something bothering them, they might not enjoy the idea of others knowing about it and thus perceiving them as “weak”.

However, the longer you date, the more comfortable you become with each other. You start discovering each other’s secrets, nuances, and quirks. You don’t have as much information to pile on each other anymore. That’s a good thing! If he isn’t as talkative as before, this isn’t necessarily a sign of being “cold” towards you. Perhaps you are just at that stage of the relationship where you aren’t explaining every reason why you love your favorite book, or telling him why your brother is a total nerd. He already knows all these things. It’s time to shift to a more comfortable chapter together.

He Doesn’t Want You As Much Anymore

Growing up, we were taught that Guys only want one thing….

So why is it that the guy you’re with doesn’t suddenly doesn’t want it? He stops hitting you up, coming over, and/or making plans. This could easily be a sign that he needs a break from being around you. I know this is harsh, but it’s the truth. Men can be selfish, distant, and self-centered (just like us). They want to be wanted. When we call, text, and make plans, it feeds their ego. Even if they don’t reciprocate, it makes them feel good. The more attention we give them, the less they feel they should give us. It doesn’t make sense to us, but unfortunately it’s part of the practise. This doesn’t mean that “all men are assholes”. It just means we haven’t found the right person for US. When you push towards him, you need someone who will open his arms for you, not close himself off. When you pull away, you need someone who will be your anchor. If this guy is indifferent towards you, it’s time you cut him loose. You don’t need to be around someone who doesn’t genuinely appreciate you for all that you are. 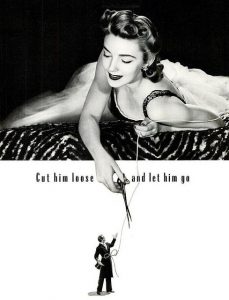 This article has been about men, and the things they do we aren’t fond of. But the truth is that women can do the exact same things. We don’t get a free pass just because we are the fairer sex. Sending mixed signals is something that all genders do. Half the time, we aren’t even aware of it. The trick is to keep a good line of communication open, and listen to the person you are investing your time, money, and energy into. Nobody is perfect. And we definitely can’t force anybody to become our idea of perfection. Remember to stay strong, stay confident, and don’t let yourself settle. 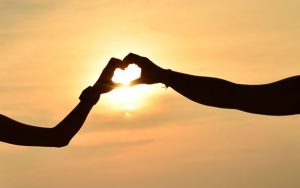