How to Communicate with a Man

How to Communicate with a Man: The 101

Ladies, how many times have you tried to communicate with your man, and he is too busy chowing down some buffalo wings, a beer and pushing you to the side because some football game is on? Hmm, sounds like a commercial, doesn’t it? That’s the problem ladies, there is a perception that its hard to communicate with your hubby, and guess what, it’s not! It take a couple adjustments and new perspectives to realize that it is easy to communicate with a man. Here, check out these tips and see how they work! 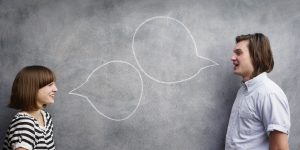 Ladies, how many of you wish that your man would open and share their “deeper” emotions with you? In learning how to communicate with a man, you need to understand a man and his emotions. Men are not taught nor are they encouraged to share their emotions with any human being. In that, men just don’t have the awareness to express such emotions. Now, what you can do, is be an open ear and listen with you heart. Instead of interjecting all of your emotions and perceptions, simply just listen and hear what he has to say. That’s how you communicate with a man!

Yes, I totally just made up that name but don’t be a pushy Pamela. If you are pushing your hubby to give you the details on his day, a meeting or anything like that – you’ve gone too far. If you are genuinely wanting to learn how to communicate with a man, you need to understand, men are not like women. Men are simple and don’t like to delve into details. In other words, the less time delving into the details the better. Now, the more you push for the details, the less you will get and the louder it will get. So, if you happen to not be pushy and allow him to share with you what he can recollect – that’s a step. Instead of pushing, doing something together like go for a walk and listen to what he has to say. That’s how to communicate! A majority of the time, men will share with you the details when you stop being Pamela.

Jeesh, this is something so many women just don’t understand! I mean every time your man is sharing a story, you happen to interject and interrupt his story with little side notes. Can I tell you a little secret? Just like you would despise if he did that to you – don’t do that to him. Let the man say what he needs to say the way he wants to say it. As he is talking, be active and don’t get judgmental. This means take what he is saying for what it is and don’t create 1,000 stories behind his tone, his voice, the story, or anything like that. Just like you expect a man to listen to you – they expect the same of you. I guarantee you – if you can master listening actively, you are one step closer to mastering how to communicate with men.

Be Aware and Fair

Listen ladies, I know you want your man to tell you everything and be the sensitive teddy bear you’ve dreamt of – you need to know that sometimes, men live up to your expectation. In fact, if you look at it that way, for you to think that is to put some expectation on your man and not really accept who he is. For you to genuinely accept a man for who he is, that’s were true communication can blossom. When you genuinely accept a man for who he is and don’t expect anything from him like that – you can be aware and love can flourish. Now, THAT’S how to communicate with a man! 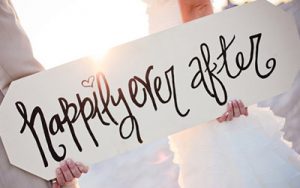